RACE DAY will be held on Sunday, March 19, 2017, at the Buddh International Circuit 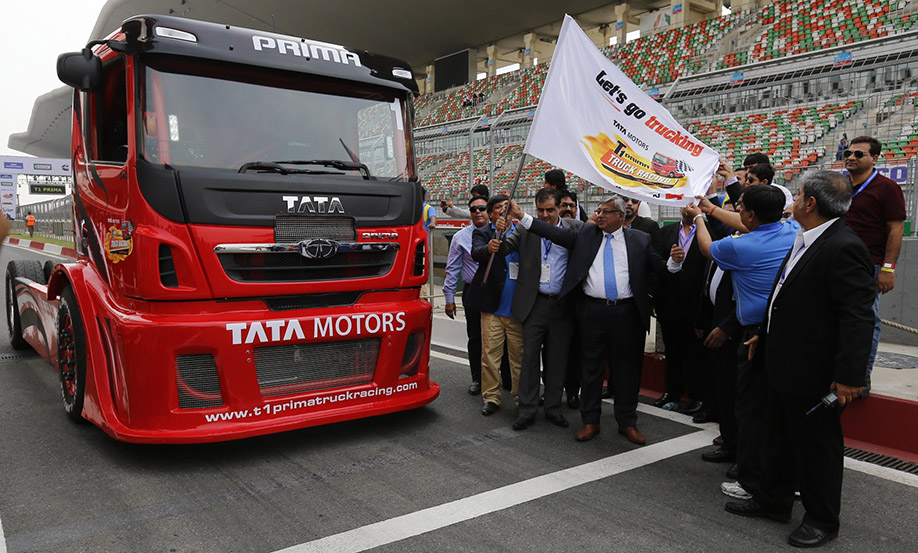 Comprising of Internationally acclaimed drivers with proven experience in the field of truck racing, the Pro Class category entailed accomplished racers from FIA’s European Truck Racing Championship (ETRC) competing in the championship for the very first time, including German Stephanie Halm, T1’s very first woman truck racer. The ETRC is represented by six racers from the rest of Europe, alongside six British drivers from the British Truck Racing Association (BTRA), who have raced in T1 since the sports event was first introduced in 2014.

Following are the qualifying results of the PRO class category

Following are the qualifying results of the CHAMPIONS class category

Following are the qualifying results of the SUPER class category

About SEASON 4, of the T1 PRIMA TRUCK RACING CHAMPIONSHIP 2017 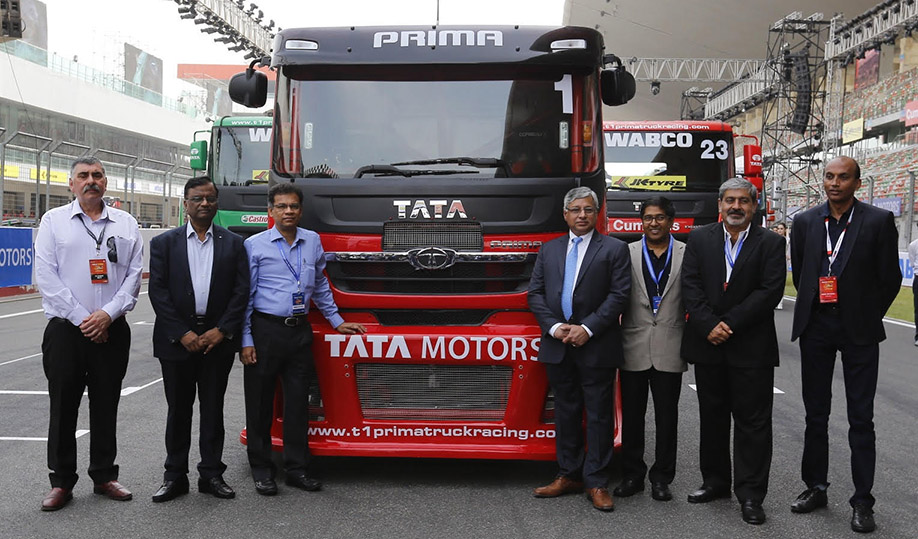 With over double the power in comparison to the T1 race trucks competing in season 4, the all-new 1000 bhp T1 PRIMA race truck will further add exciting dimensions of speed and character to T1. Similar to race trucks that compete under the broad umbrella of the FIA in the United Kingdom and Europe, the all-new 1000 bhp T1 race truck is a perfect example of the capability and flexibility of Tata Motors next-generation World Truck, the Tata PRIMA.

The engine of the all-new 1000 bhp T1 race truck is being developed in collaboration with Cummins Inc. of the U.S., a world leader in diesel engines, enabling Tata Motors to not only set new benchmarks in T1 and the sport of truck racing, but in the Indian commercial vehicles space. The new T1 race truck is the most powerful truck built in India by far.

Developed to deliver unmatched power and acceleration of 0-160 km/hour within 10 seconds and a torque of 3500 Nm @ 1600 – 2200 rpm, the new T1 race truck is based on a 12 litre ISGe Cummins engine, mounted in the center of the chassis for equal weight distribution, with enhanced fuel delivery and air flow, producing 1040 HP @ 2600 rpm. The power is managed by an all-new ZF 16-speed gear box, making it fastest race truck developed by Tata Motors. With high performance rotating parts made of special materials, the engine is meant to withstand high temperature & pressure that a race truck is subject to on a race track.

Tata Motors Limited is India’s largest automobile company, with consolidated revenues of INR 2,62,796 crores (USD 42.04 billion) in 2014-15. Through subsidiaries and associate companies, Tata Motors has operations in the UK, South Korea, Thailand, South Africa and Indonesia. Among them is Jaguar Land Rover, the business comprising the two iconic British brands. It also has an industrial joint venture with Fiat in India. With over 8 million Tata vehicles plying in India, Tata Motors is the country’s market leader in commercial vehicles and among the top in passenger vehicles. Tata cars, buses and trucks are being marketed in several countries in Europe, Africa, the Middle East, South Asia, South East Asia, South America, Australia, CIS and Russia.

Tatamotors14 February, 2018
You favourite #LevelNex rockstars p a r i k r a m a will play LIVE soon from the TATA pavillion Hall No. 14, 3 PM onward during #AutoExpo2018. Keep #RollingWithNexon, only on twitter, to know more. Rolling Stone India http://bit.ly/2EpMoqI

Tatamotors14 February, 2018
A rocking #LevelNex Valentine's Day indeed! Watch Parikrama perform LIVE at 3 PM at the Tata Pavillion Hall no. 14 during the #AutoExpo2018. Keep #RollingWithNexon to know more! Exclusively on Twitter. http://bit.ly/2F3Jysw
#LoveForYodha We asked ladies "What qualities of #TataYodha would they like to see in their Valentine?" We got a fe… https://t.co/hrSbY726IC
@Tatamotors14 February, 2018

Tatamotors14 February, 2018
#LoveForYodha We asked ladies "What qualities of #TataYodha would they like to see in their Valentine?" We got a few reactions from guys too! #AutoExpo2018 #ValentinesDay

Tatamotors13 February, 2018
We got some amazing entries from you all for #TrucksAreCool! Here are the ones we absolutely loved. #AutoExpo2018 #ConnectingAspirations

Tatamotors13 February, 2018
Second last day to get the #LevelNex experience of the Tata Nexon. Now on display at the #AutoExpo2018

Tatamotors13 February, 2018
Tiago EV and Tigor EV's Harman™ infotainment system, with 8 speakers, ensures you're grooving all the way to your destination. #ItsFantastico #TigorStyleBack